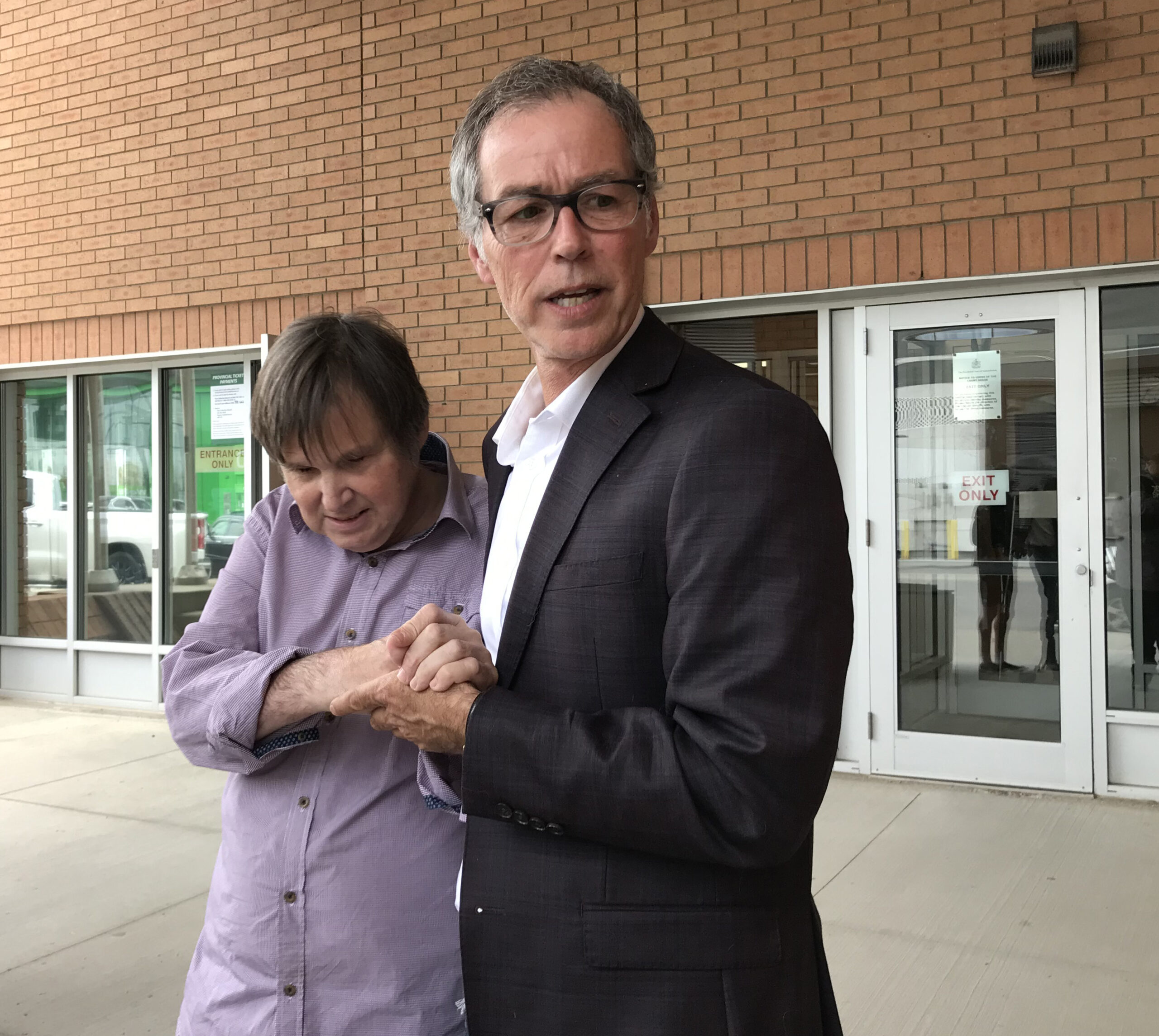 A publication ban on the identity of one of the alleged victims in the sexual assault trial of former group home worker Brent James Gabona of Waldheim was lifted by a provincial court judge June 14.

The identity of 62-year-old Darryl Boguski, who is blind, non-verbal, and has epilepsy, cerebral palsy and autism, can now be made public.

Lifting the publication ban was requested by 58-year-old Rick Boguski, the younger brother, caregiver and legal guardian of Darryl Boguski.

Judge  Brad Mitchell granted the request to lift the publication ban (a standard procedure designed to protect the identities of sexual assault complainants) during a court hearing in Saskatoon. The accused, Brent Gabona, was not present in the courtroom during the hearing, but made an appearance by telephone.

Gabona is slated to make his next court appearance in Rosthern on July 13, at which time he is expected to have engaged legal counsel.

Gabona was arrested by Rosthern RCMP on April 19,  2022, and charged with sexually assaulting five residents of Shepherd’s Villa, a group home in Hepburn, between 1992 and 2009.

Gabona is also facing three charges of sexual exploitation of a person with a disability at Shepherd’s Villa between 1992 and 2009. Gabona was an employee at the group home during those years. He ceased to be employed at the facility in 2009. Gabona made his initial court appearance in Saskatoon on May 13, 2022.

Darryl Boguski was one of the five alleged sexual assault victims of Gabona. The lifting of the publication ban applies only to his identity; the other alleged victims’ identities remain under a publication ban.

Rick and Darryl Boguski made the trip from their home in Pincher Creek, Alberta to Saskatoon for the June 14 court hearing. About a dozen supporters were also in attendance.

Rick Boguski said he was disappointed that Gabona did not appear in person at the hearing. 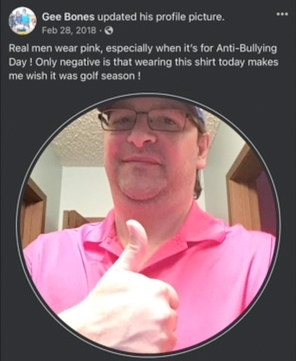 Boguski said it was important that the publication ban be lifted so people can see the  emotional and physical toll taken on a vulnerable individual.

“It was really important for us to speak out and not be a faceless crime,” said Boguski outside the courthouse following the June 14 hearing. “The impression was this was just some individual at some institution somewhere.

“But this was Darryl’s home for 25 years. At the end of the day, he was kicked out (of Shepherd’s Villa) for acting out; but I think we may have some idea why because the allegations are that Darryl suffered horrible abuse for up to 17 years.

“I don’t know about you, but after 17 years, you might be a little crazy after that and wanting help. I don’t mean disrespect to Darryl, but he was on layers and layers of drugs. He didn’t want anyone to touch him and he didn’t want to go the bathroom. They said he was no longer a fit for the group home. But all this stuff is just starting to make sense to us now.”

Boguski said lifting the publication ban on Darryl’s identity will help him in his healing journey and make it easier to speak out on behalf of vulnerable individuals.

“I’m hoping the public is as outraged as we are right now that there is an accused sexual predator walking the streets. He’s accused of not only sexually assaulting Darryl, but four other individuals from that same group home.

“And if you dig you might find there are other victims yet, and I think that’s often the case with sexual assault.

“We’re hoping that by being visible, we’ll continue to put pressure on the Crown and police to do the right thing and get this man behind bars, and up the charges and make sure he never walks free again.”

Vulnerable people need better protection from sexual predators, said Boguski, adding there needs to be stiffer penalties for those who perpetrate such horrific crimes.

“Sexual assaults on vulnerable people is two to three times the general rate,” said Rick Boguski. “We need to put a stop to that right now. We need tough new laws. We need to have mandatory minimum sentences for predators that sexually assault individuals that are vulnerable. We need to have laws that prevent any sort of pleading out; and charges in cases like that should automatically be elevated to aggravated sexual assault, recognizing that power is the weapon in these cases.”

Boguski said the support he and his brother have received from others has been welcome.

“It means a lot to us,” he said. “It makes a big difference to know that we’re not alone.”