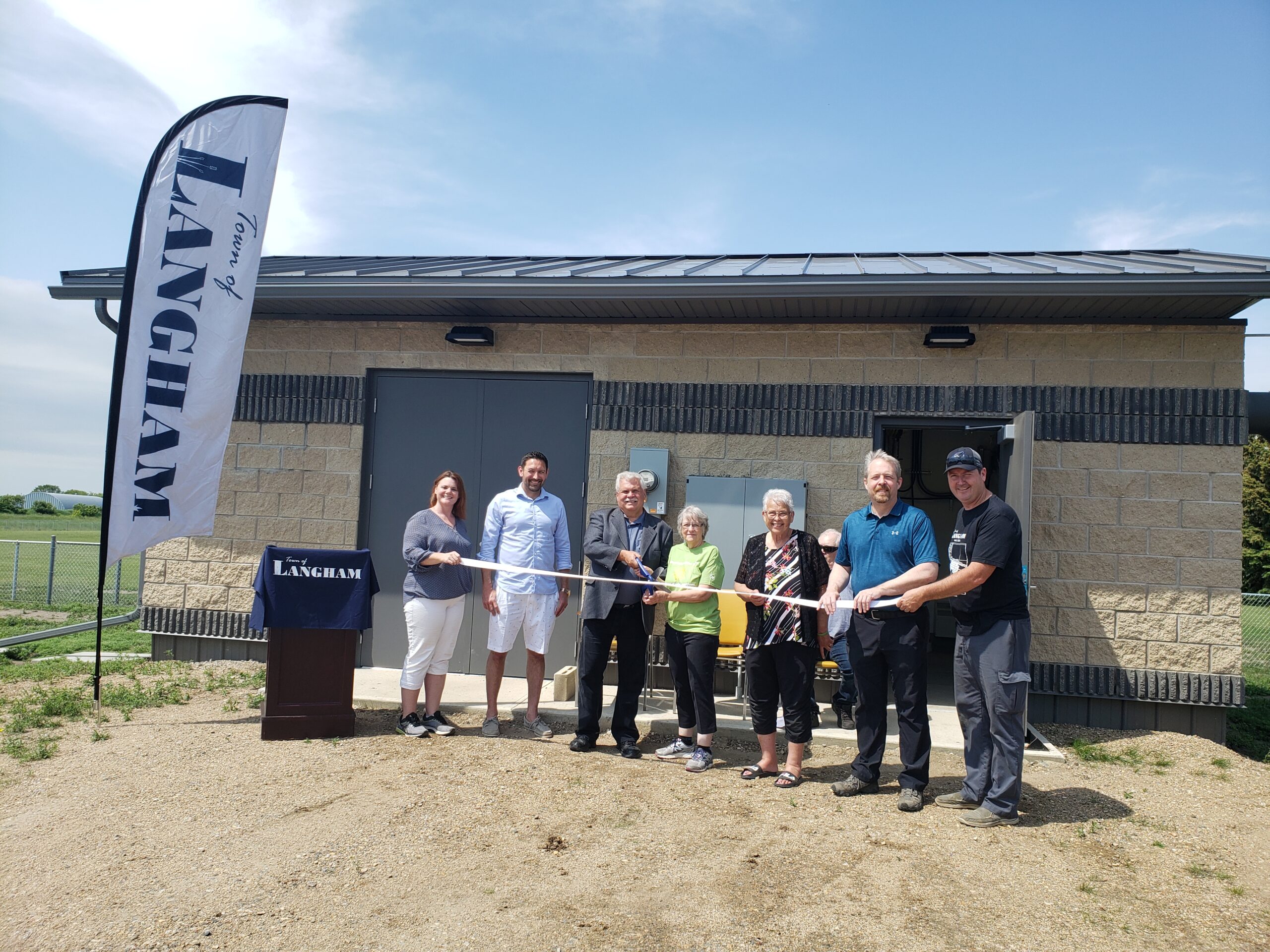 In addition to municipal financial contributions,, the project also received funding from the federal and provincial governments.

Construction on the project began in the fall of 2017. Work included building a new wastewater lagoon, upgrading a pumping station and associated works. The project was commissioned in 2021.

“We are pleased to partner with Saskatchewan and the Town of Langham on this project, which will improve the collection and treatment of wastewater in Langham,” said the Honourable Dominic LeBlanc, Minister of Intergovernmental Affairs, Infrastructure and Communities in a statement for the occasion. “Investments in wastewater infrastructure are key – they help communities grow sustainably, and protect the health of both citizens and the environment.”

“The Government of Saskatchewan was proud to invest more than $1.9 million toward this important Langham wastewater project,” said the Hon. Randy Weekes, Biggar-Sask Valley MLA, on behalf of the Hon. Don McMorris, Minister of Government Relations. “Because of this completed work, this community is now better positioned to grow and prosper in this new decade – and beyond. That’s why our government continues to make strategic infrastructure investments across this great province to build a better tomorrow.”

“Funding from the Government of Canada and the Government of Saskatchewan was key to ensuring this important wastewater project moved forward,” said Langham Deputy Mayor Dylan Smart. “Before this project we realized we found ourselves pushing the limit of maximum capacity, which severely hindered our ability for new development.

“This completed infrastructure will improve the reliability, performance and capacity of our wastewater system and position our community for growth,”