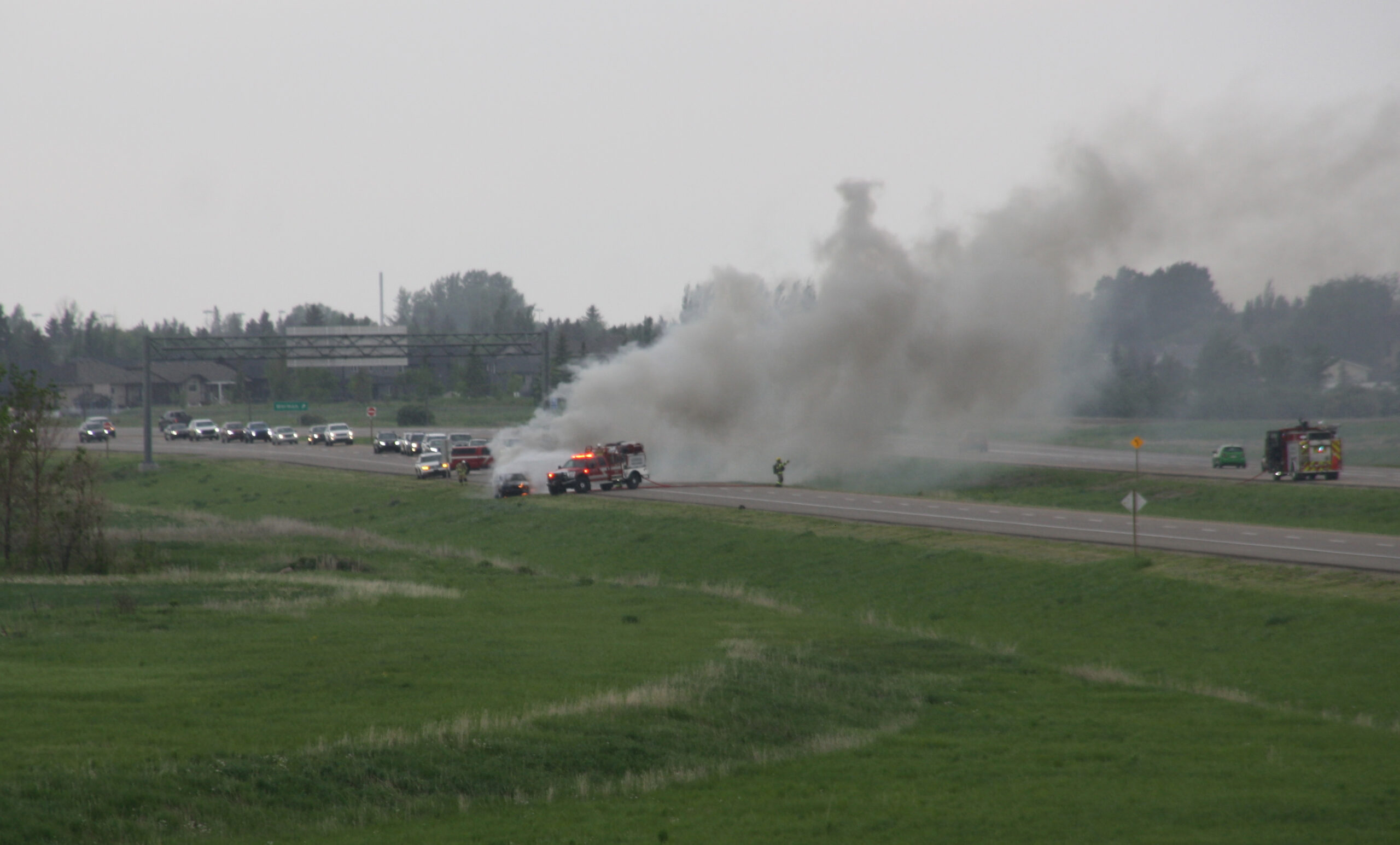 Northbound traffic on Highway 11 just south of the Highway 305 overpass near Warman came to a temporary standstill around 4:30 p.m. on Monday, June 13 as a result of a vehicle fire.

Warman Fire Rescue and Warman RCMP responded to the fire, which was reported about 4:20 p.m.

No one was injured in the fire. The lone occupant of the vehicle was able to get out safely.

By the time Warman firefighters arrived on scene, the vehicle, an SUV, was fully engulfed in flame.

Thick black smoke blanketed both lanes of the highway for a short time before firefighters were able to get the blaze under control. Traffic in the northbound lane was closed completely for a short time. Southbound traffic continued to flow, but at a slow pace in the vicinity of the fire.