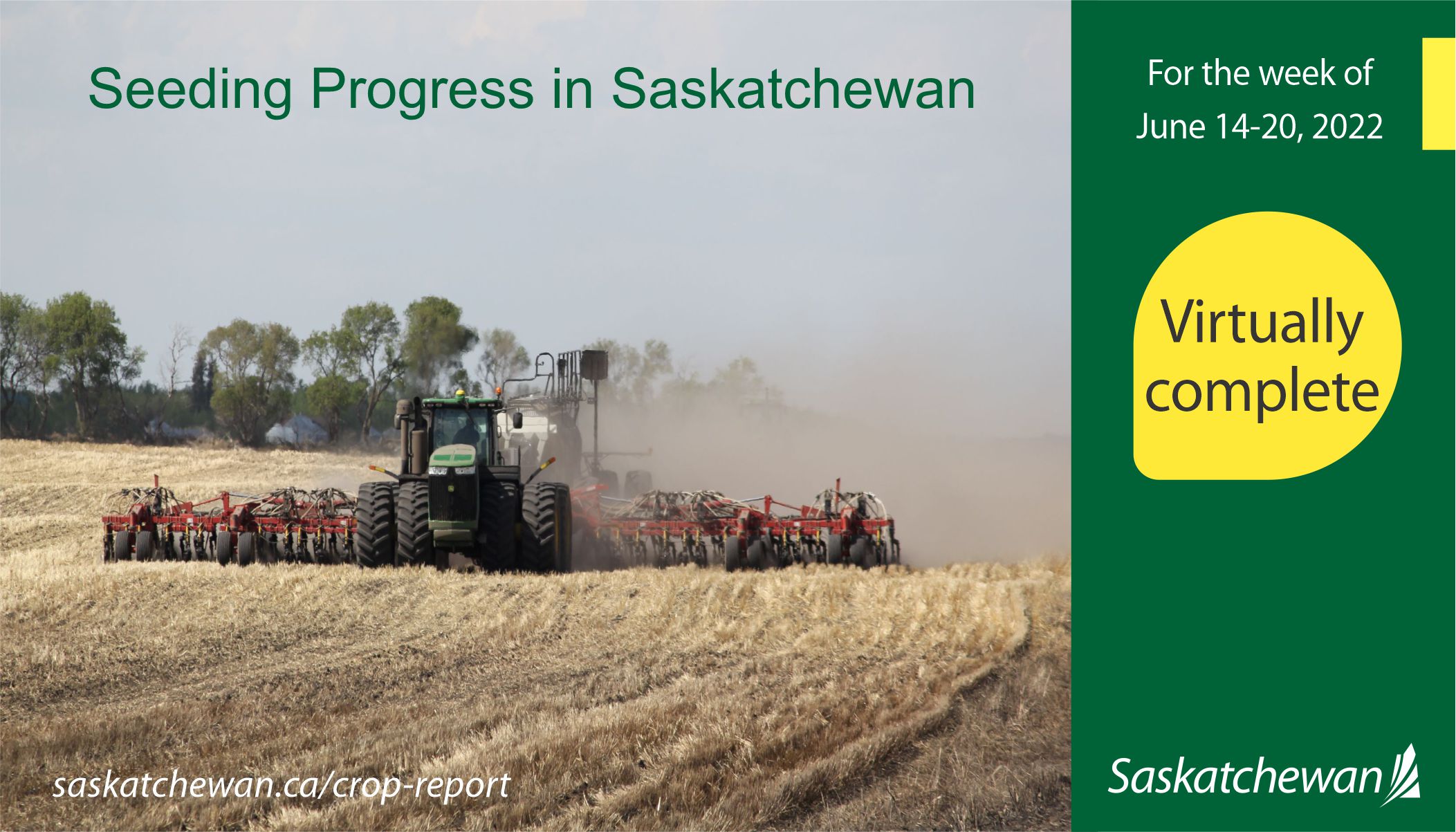 There was rain through all regions of Saskatchewan this past week, with some areas seeing higher amounts of localized precipitation. Growing conditions have been reported to be good in the southeast and east central regions where they have adequate moisture and warm weather. In the western regions, rain was received which was needed to keep crop development progressing and support pasture growth. Producers who did not receive rain are reporting their crops are starting to go backward in development. Livestock producers in the southern and western regions are happy with the rain since haying is coming up soon and the rain will greatly improve their hay yields.

The Marengo and Smiley areas received 86 mm, the Stoughton and Spiritwood areas received 84 mm, the Saltcoats area 61 mm, the Webb area 38 mm and the Star City area 32 mm. Rainfall varied across the province with many areas receiving 10 mm or less. More rain is needed to alleviate the drought stressed crop and pasture land in the drier areas of the province.

Crop development has stalled due to extremely dry conditions in the west, which delayed germination and plant growth. In the east, development has been slow due to overly wet conditions and cooler temperatures. However, it has been reported that conditions have improved on both sides of the province and crops will hopefully catch up.

Provincially, 73 per cent of fall cereals, 55 per cent of spring cereals, 45 per cent of oilseed crops and 64 per cent of pulse crops are at their normal stages of development for this time of year. Flea beetles caused substantial damage in some areas due to canola crops being so slow to develop.

Producers have been busy spraying when they can, scouting fields and performing other tasks. There have been isolated reports of frost mainly in areas that received moisture this week; damage is not yet known but the crop of most concern is canola. There have also been reports of damage from flea beetle, cutworms, gophers and hailstorms. Around the Truax area, a hailstorm was reported to have caused crop damage; however, some producers in the area believe some fields will have the ability to recover.