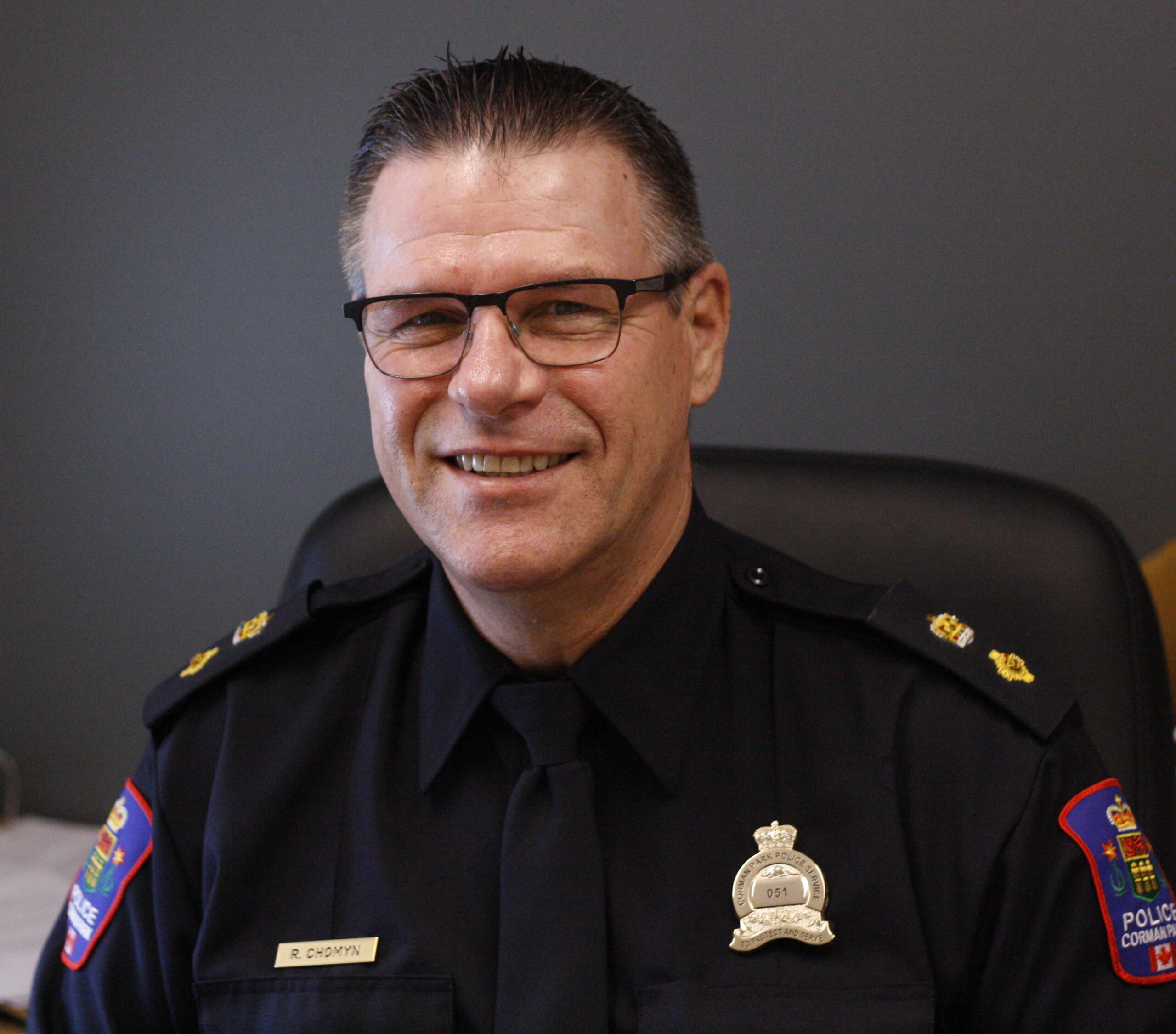 The Corman Park Police Service (CPPS) is looking to shine a light on acts of kindness in the community by implementing a ‘pay it forward’ program beginning this summer.

“It has been a very trying, frustrating two-plus years, and we just want to bring something positive to the residents of the community that we serve,” said Corman Park Police Chief Ron Chomyn. “This program is a way of recognizing and encouraging acts of kindness, and promoting positive relations between the police and the community.”

Chomyn said CPPS officers will be looking for acts of kindness or positivity.

“Officers will hand out a card that identifies the person for the act,” said Chomyn. “But there is also an e-mail address where we want to hear how you paid that card forward to another person; and that person can also pay it forward; and so on.

“Each card will have a number on it so that when someone sends us an e-mail, they tell us the card number as well as their story. That way, we can track the card and see how far it goes, and how many people one act can eventually impact.”

Chomyn said the cards will be handed out only on occasions that warrant them. A draw will be made periodically from the e-mailed responses for prizes or gift certificates donated by corporate sponsors. He said several companies within Corman Park are committed to the program now, including the Berry Barn and Moon Lake Golf and Country Club. Other businesses interested in participating are encouraged to contact the CPPS at 306-242-9303.

Chomyn said the initiative is part of the police service’s overall commitment to re-engaging with the community.

“We’re not just out there to write tickets,” said Chomyn. “We want people to understand that police officers are there for people to turn to for help when they’re in trouble or they need assistance.

“We don’t want people to think that every time they deal with police it’s a negative interaction. This is particularly true when it comes to young people. We want to establish good relationships with young people and help them understand why the laws are there and why it’s important to respect other people.”

Chomyn said the last couple of years have been tough on everyone, and this program is one way of restoring a sense of normalcy.

“We want to recognize the positive things people are doing, and promote more of that kind of thing,” he said.